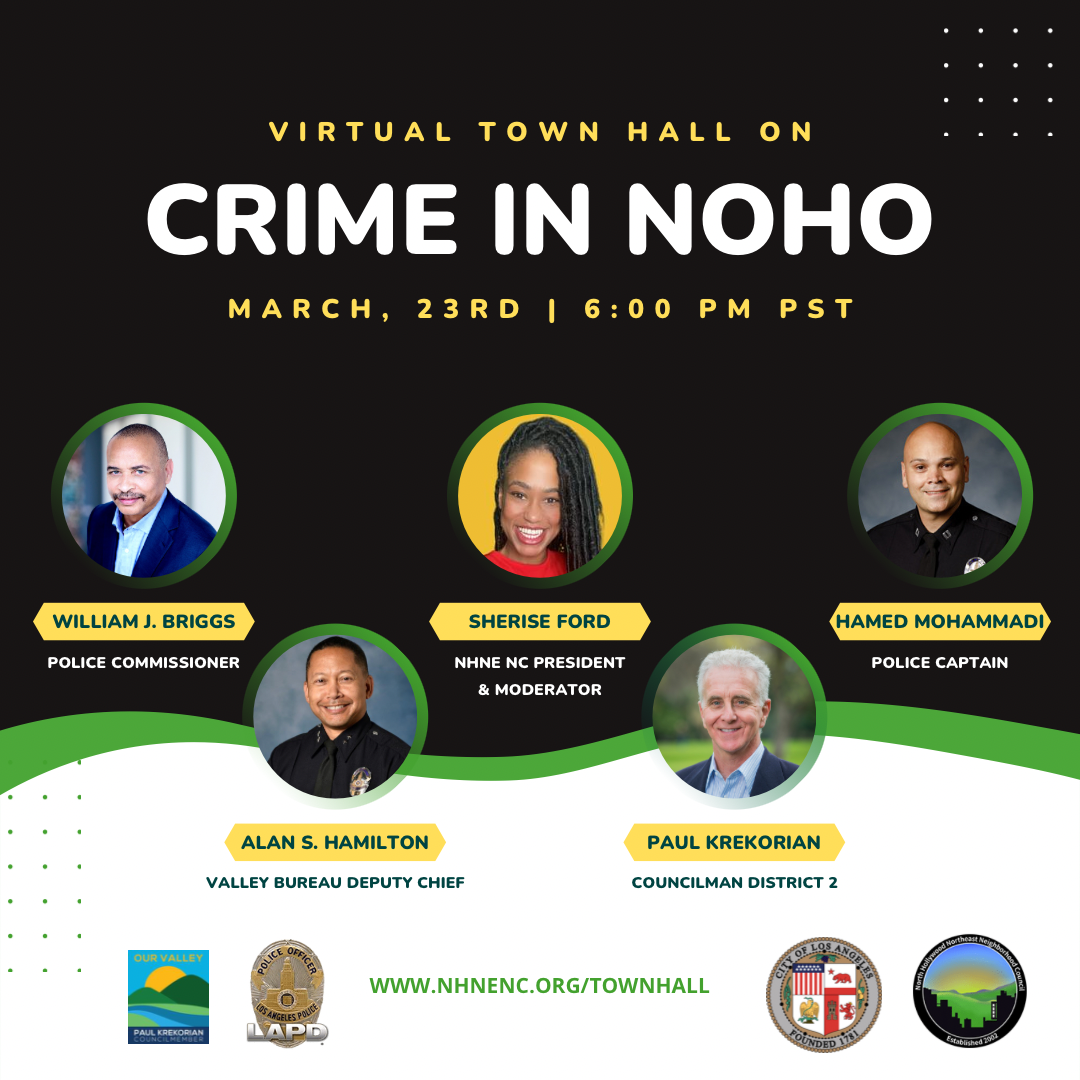 You can watch the meeting at your convenience, as it was recorded on Zoom:

The panelists discussed the current crime statistics as displayed in this chart (please click/tap on the chart to make it larger): 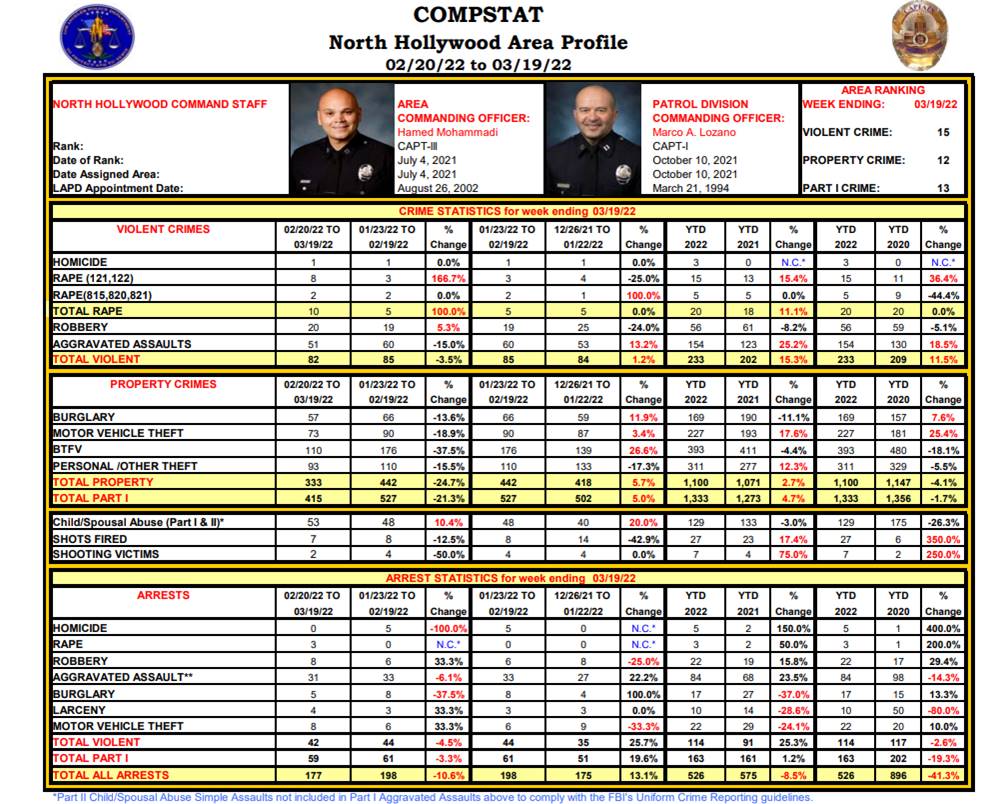 Panelists Discussed What Stakeholders Can Do To Keep Better Protected

LAPD Expressed The Need For More Employees And Resources And Challenged NHNENC To Find At Least Two Stakeholders To Join The Police Academy.

Per SheRise, there were more than 70 stakeholders logged into the online Town Hall event.

For the first hour, each of the four representatives made a presentation. For the second hour, SheRise asked six questions for discussion among the group.

Per Councilmember Krekorian, there has been a dramatic reduction in overall crime during the past 12-years, but people don’t feel safe. The perception of danger is much greater than crime statistics suggest.

QUESTION #1 – With a +12% LAPD operations budget increase requested for next year, what additional LAPD resources are needed?

More officers, equipment, and patrol vehicles. Councilmember Krekorian reminded the panel that the one-time increase in the city’s budget last year was due to state and federal COVID $, which are now depleted.

QUESTION #3 – What is current # of North Hollywood LAPD Patrol Officers?

There are currently -110- North Hollywood LAPD Patrol Officers, which is <15> fewer than full budgeted deployment for funded positions.

QUESTION #4 – How much of LAPD budget is spent for training?

About 3% of LAPD operations budget is spent for training.

QUESTION #5 – How can neighborhood councils help bridge the gap between North Hollywood LAPD and the community (question submitted by Greater Valley Glen NC)?

Per Captain Mohammadi, remember to be vigilant and aware of your surroundings, lock your car, and hide belongings in your car. Neighborhood Watch is important. Also important to report crimes to North Hollywood LAPD and use online crime reporting option, when appropriate.

Some types of non-emergency crimes may be reported to LAPD online such as Theft; Theft From Vehicle; Lost Property; Minor Traffic Collisions; Hit and Run; and Vandalism.

Online Police Reports may be filed in English or Spanish at https://www.lapdonline.org/file-a-police-report/

If this is an emergency or crime in progress, dial 9-1-1.

North Hollywood, CA — Members of the Los Angeles Police Department and City Council, will
join the public to celebrate North Hollywood Northeast Neighborhood Council’s two decades
working to increase our influence with City lawmakers and departments to improve our
community, and to discuss the critical issue of crime in the city of North Hollywood, on
Wednesday, March 23, 2022 at 6:00pm.

Hosted by the North Hollywood Northeast Neighborhood Council, this Virtual Town Hall is an
opportunity for stakeholders to address the issue of crime in the city. The Los Angeles Police
Department, and county representatives will provide a crime update and engage the community
in potential policy solutions.

The town hall will feature a panel discussion moderated by North Hollywood Northeast
Neighborhood Council President SheRise Ford about policy proposals and other innovative
solutions to help make North Hollywood a safer place to live, work, and play. Panelists include:

The event is free and open to the public.