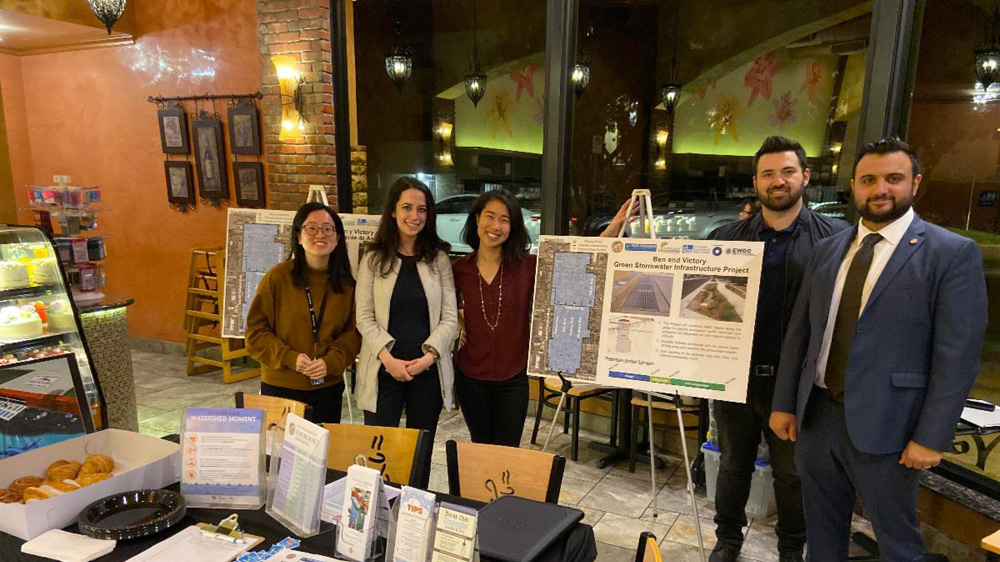 NORTH HOLLYWOOD – October 2020, the City Council approved Councilmember Krekorian’s motion to provide $850,000 for a stormwater infrastructure project at Ben Avenue and Victory Boulevard in North Hollywood, site of intense flooding previously. Money for the project comes from Proposition O, approved by the voters in 2004 to provide funds to prevent and remove pollutants from waterways and oceans, the DWP and the Community Redevelopment Agency (CRA).

Late January 2020, members of Councilmember Krekorian’s staff joined the Los Angeles Bureau of Sanitation and the Los Angeles Department of Water and Power at a location in North Hollywood to provide additional information to the public.

Among other features, the project will enable the DWP to recapture as much as 90 percent of runoff during a 24-hour, five-storm event.

Groundbreaking is scheduled for February 27.