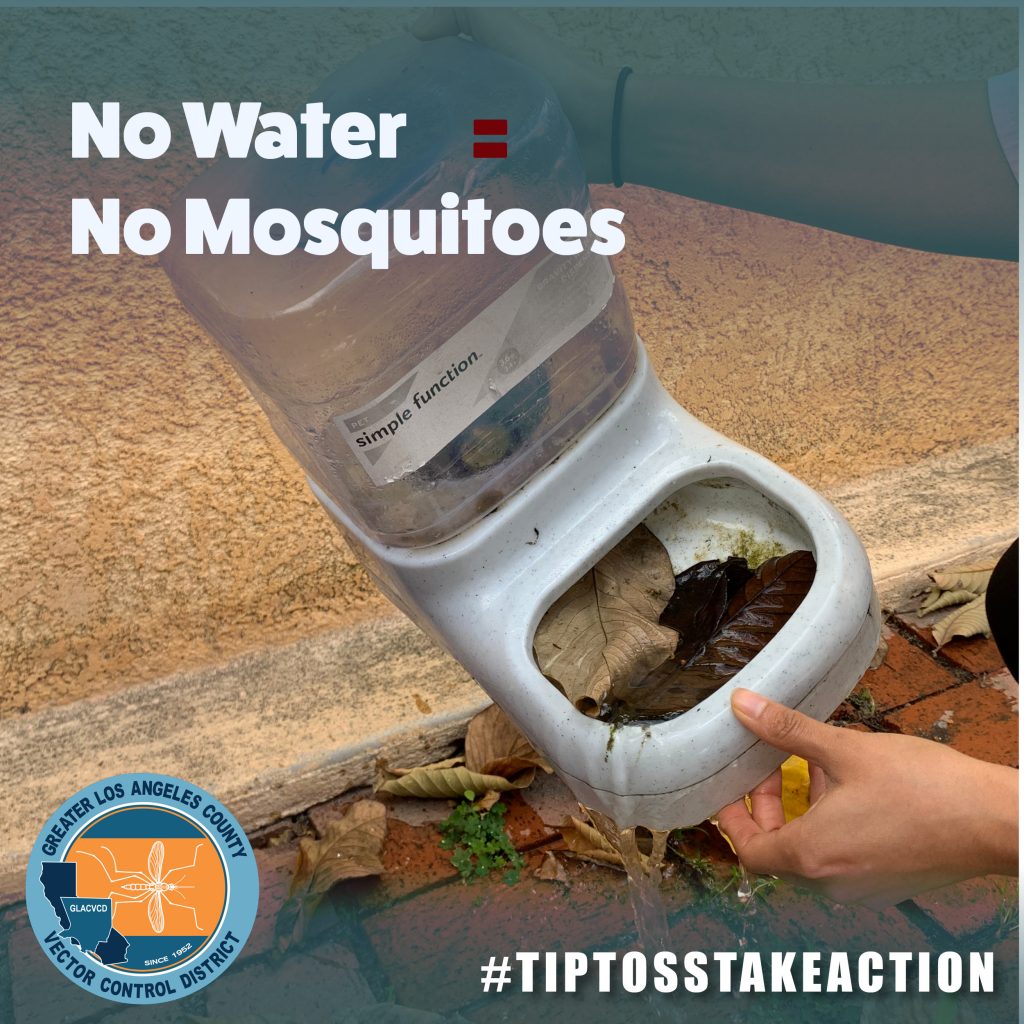 The Greater Los Angeles County Vector Control District (GLACVCD) has confirmed two mosquito samples to test positive for West Nile virus (WNV) in North Hollywood this year. The mosquitoes were collected in a trap in the city on June 18th. GLACVCD routinely monitors populations of adult mosquitoes and tests groups of adult female mosquitoes for the presence of WNV and other mosquito-borne viruses.

WNV is transmitted to people and animals through the bite of an infected mosquito. There is no cure for WNV. One in five persons infected with the virus will exhibit symptoms. Symptoms can include fever, headache, body aches, nausea, or a skin rash. There is no human vaccine for WNV, and severe cases can lead to paralysis or even death.

Mosquito control is a shared responsibility and residents must take an active role in reducing the threat of WNV in their neighborhoods by taking the following steps:

· Ensure that swimming pools, spas, and ponds are properly maintained.

· Change the water in pet dishes, birdbaths and other small containers weekly.

· Request mosquitofish from your local vector control district for placement in ornamental ponds.

· Wear insect repellent when outdoors where mosquitoes may be present.

· Report neglected (green) swimming pools in your neighborhood to your vector control district.

Please let me know if you have any questions.