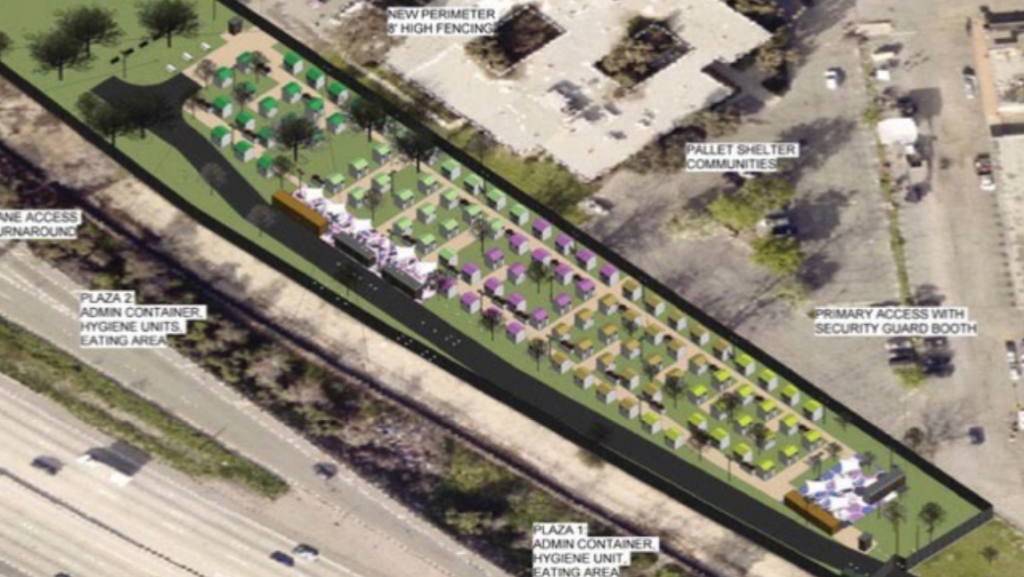 Alexandria Park was approved as a shelter location consisting of 96 homeless pallets on August 6, 2020 by the Department of Recreation and Parks. Alexandria Park is located on the east side of the 170 freeway adjacent to a commercial parking lot south of Victory Blvd, just south of our boundaries.

Pallet structures (some 8′ by 8′ and others 10′ by 10′) include a fold-up bed, windows, a ventilation system, electricity and a front door that locks. The space is about 1.7 acres and would include outdoor lighting, perimeter fencing, hygiene trailers with restrooms, showers, lavatories, drinking fountains, a double gate, a new deck, ramp and stairs, a trash bin area, outdoor seating, a pet area, new power service, new asphalt paving, k-rails for sidewalks, staff parking, site lighting, a food distribution area, and designated seating areas for food services.

Circling the News reports that “The total cost is estimated at $13 million to house 270 people (about $48,000 per person). The structures would be a three-year temporary project on the park sites.” They also noted that Councilman Krekorian stated that Alexandria Park has a high incidence of crime because the park is not used much or patrolled. 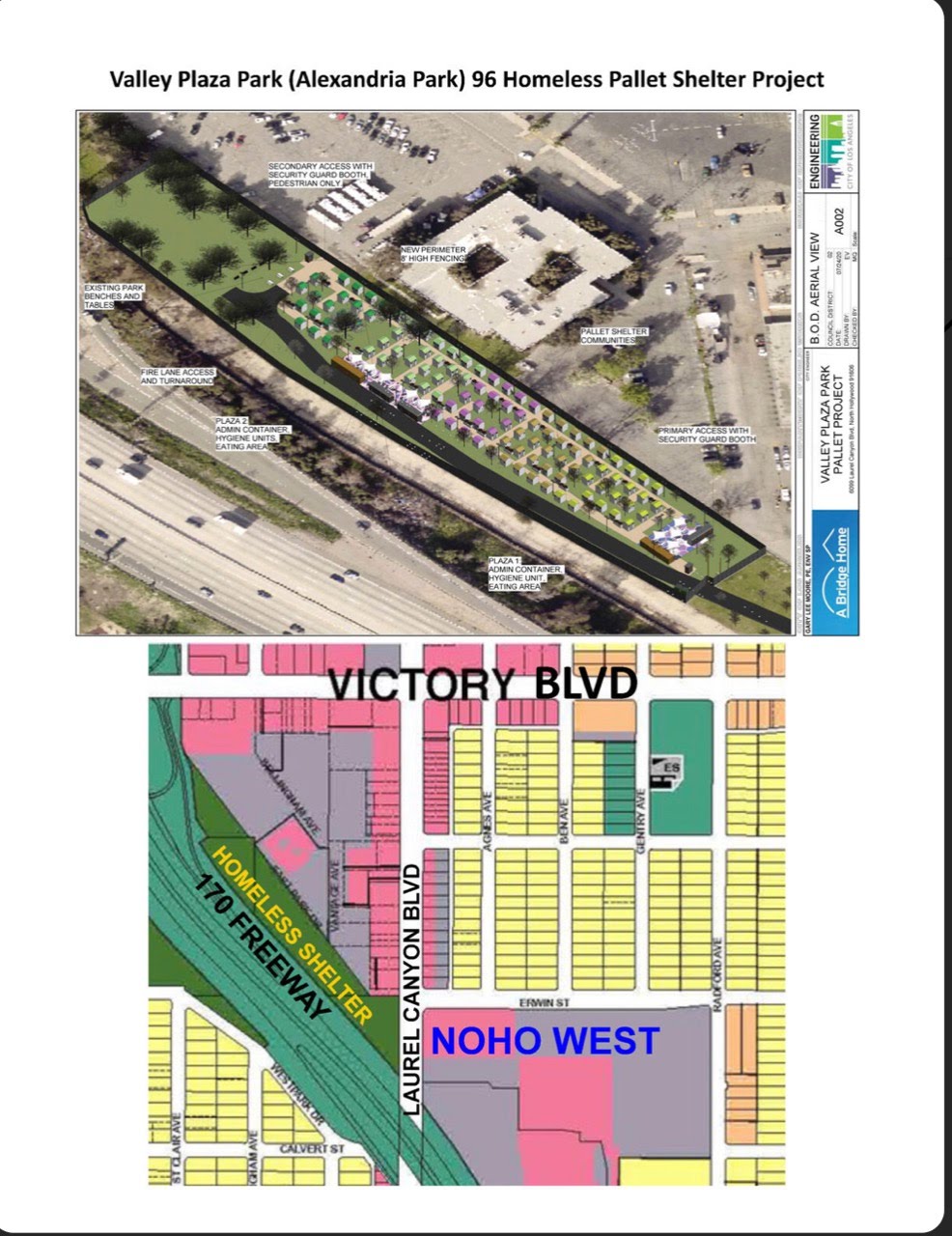