The Measure M sales tax initiative, approved by voters in 2016, included funding for a bus rapid transit (BRT) project in the North San Fernando Valley. Planning for the project began in July 2018 with the initiation of an Alternatives Analysis (AA) that evaluated three alternative routes stretching from the Chatsworth Metrolink Station to either the Sylmar/San Fernando Metrolink Station or the North Hollywood Red/Orange Line Station.

The Alternatives Analysis Report recommends that the Nordhoff-North Hollywood Route move forward to be evaluated during the next phase of environmental review. This alternative received the highest level of public support as it serves the CSUN Campus and connects to the regional rail system in North Hollywood. The use of Parthenia to pass under the 405 Freeway was also supported by the public because it would avoid traffic congestion on Nordhoff or Roscoe at the freeway, and it would serve multi-family residential areas in Panorama City. The Nordhoff-North Hollywood route also had higher ridership forecasts than the Nordhoff-Sylmar or Roscoe-North Hollywood routes. 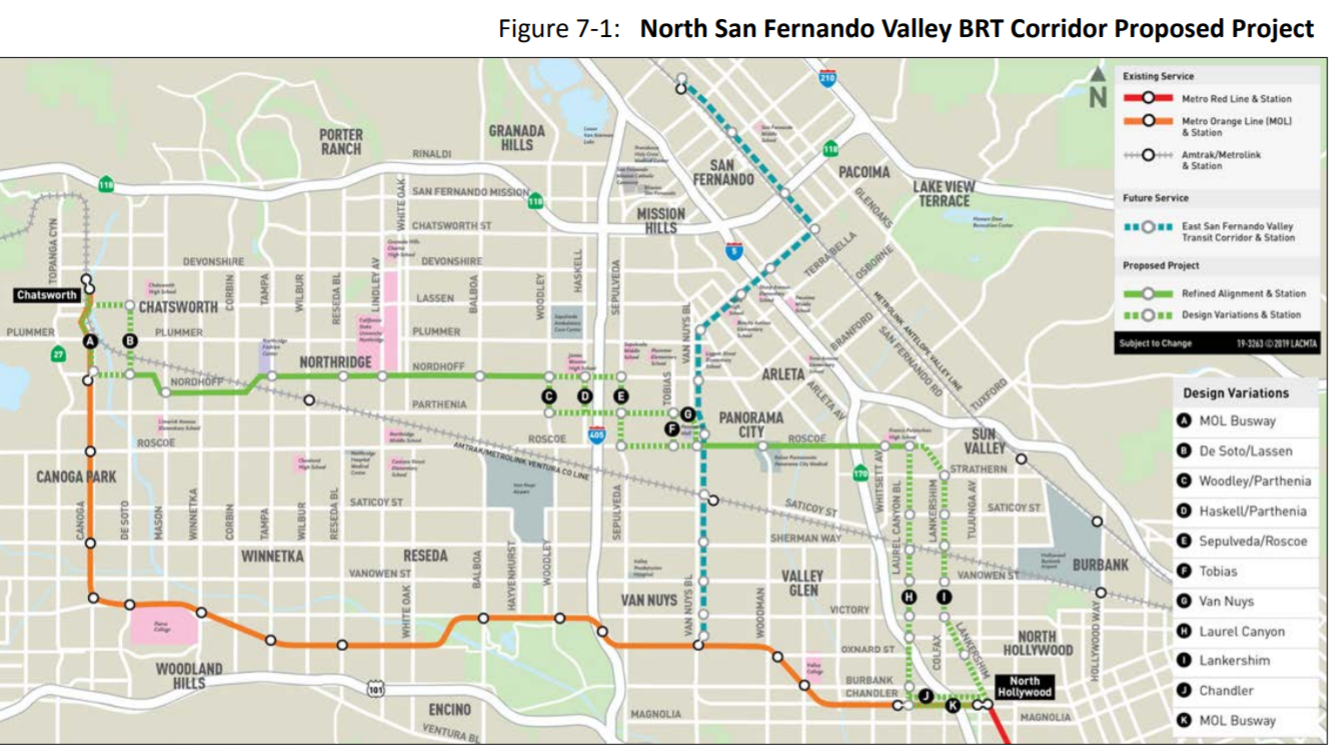 What’s next?
At the Metro Board Committee and full Board meetings, the Directors will review the Alternatives Analysis Report and recommendations and provide staff with direction on how to proceed with the environmental review on the recommended route(s) and potential variations to the route(s). Please be on the lookout for our next e-newsletter that will include information on the Metro Board of Directors Meeting. Following Board approval, Metro intends to hold public meetings in the community in early August. These meetings will allow the public to comment on the scope of the project and to identify issues to be evaluated in the environmental review. Metro values your input.

Contact Us
Phone: 213.418.3082
Email: northsfvbrt@metro.net
Thank you again for your participation in the North San Fernando Valley BRT Project. We will keep you informed when the community meetings are scheduled.