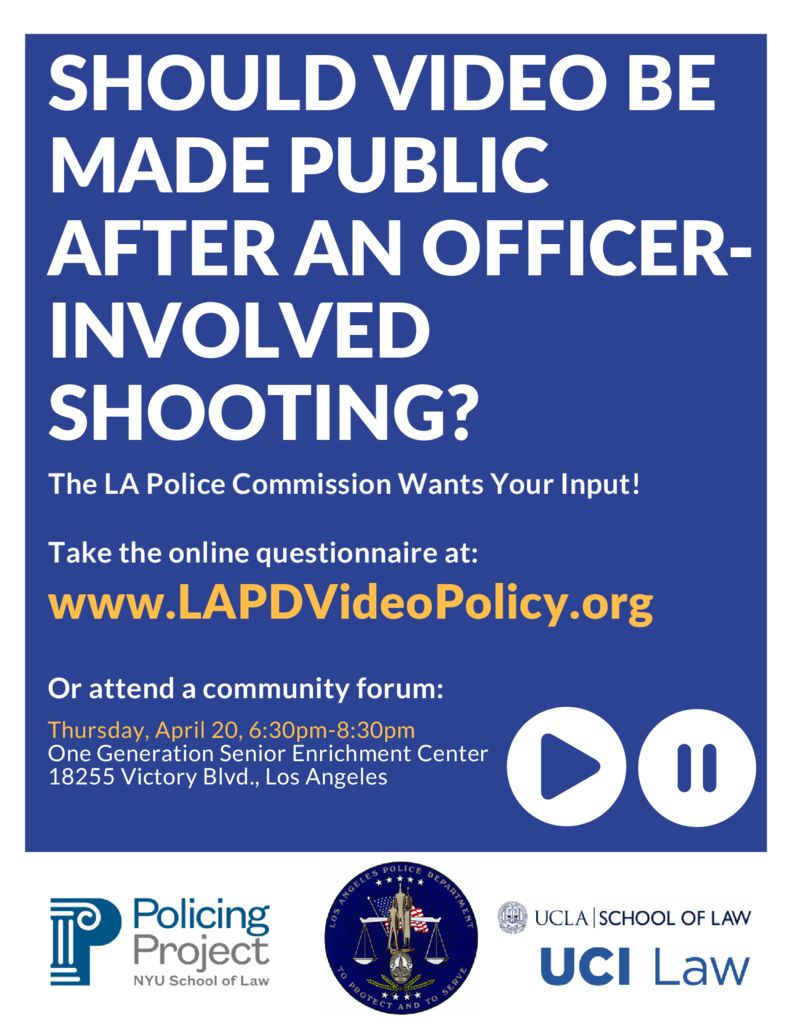 The LA Times reported that the LAPD Police Commission launched an effort late March to determine when footage from police body cameras should be released. “The Police Commission is starting a roughly six-week effort to collect public feedback its members will consider before adopting a new policy governing when the LAPD will release video after a “critical incident,” such as a shooting by police. Currently, the LAPD generally does not release video — whether it’s from officers’ body cameras, cameras in their patrol cars or other footage collected during the investigation — unless required in court. In recent months, however, police commissioners have said they believe it’s time to revisit that stance.”

Now is your chance to speak into this important issue by completing the survey by May 7 or attending a community forum on April 20.